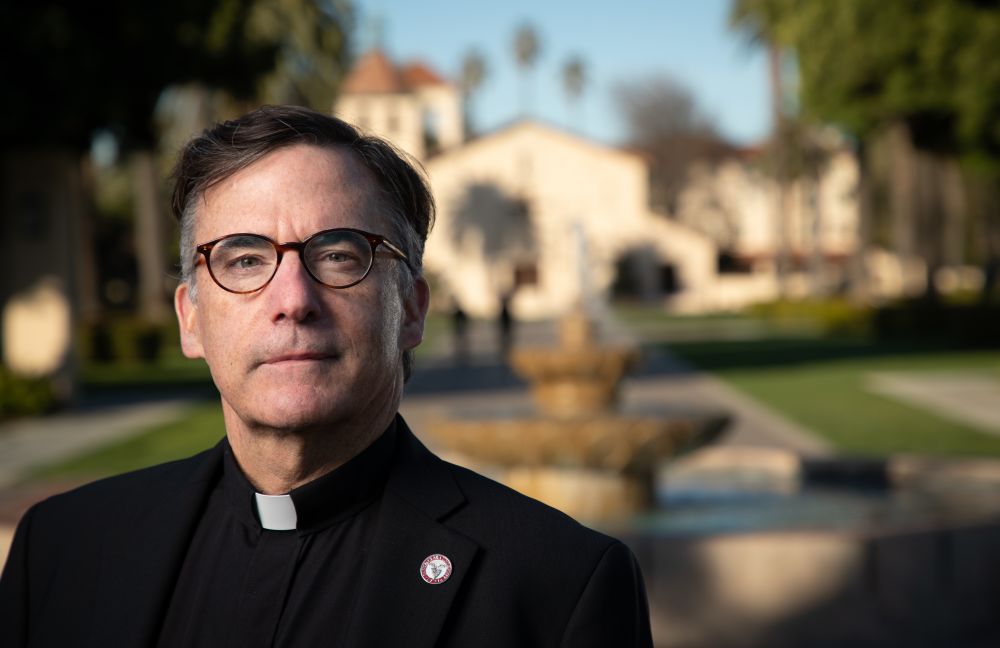 Kevin O’Brien, S.J., is an accomplished theologian, writer, and educator. Before joining the Jesuit School of Theology as dean in 2016, he spent eight years at Georgetown University, serving in a number of leadership roles.

The announcement event was covered by a host of local and national media outlets including , , and

The year-long search for Santa Clara University’s new leader was led by a Search Committee composed of faculty, staff, and members of the Board of Trustees.